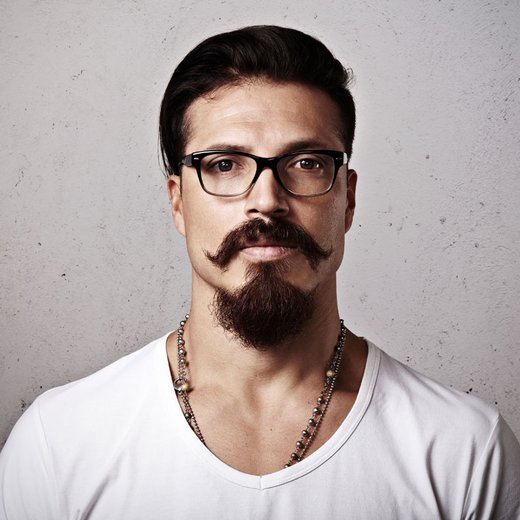 Beards have always, not only been considered synonyms of personal styles, but, also, have afforded the wearers a certain cutting edge appearance - this is one of the reasons why so many men, as of late, are choosing to let their beards grow. Of course, in addition, there is the fact that giving the skin in your face a break from shaving, for any amount of time, is not just a good idea, but a fairly healthy thing to do.

Were you aware that, for centuries, beards have been associated with virility, respect and power? So, why not take advantage of a modern trend, which is, also, a good thing, and give sporting a beard a try?

Check out this article to learn the many interesting styles of beards available to you. However, before taking the plunge, it is highly recommended that you do consult with Master Barbers, as the many we have at our Well Groomed Gentleman - our luxurious Barber Shop in Coral Gables - who will help you assess your particular facial shape and help you select just the right style which will look spectacular on you. 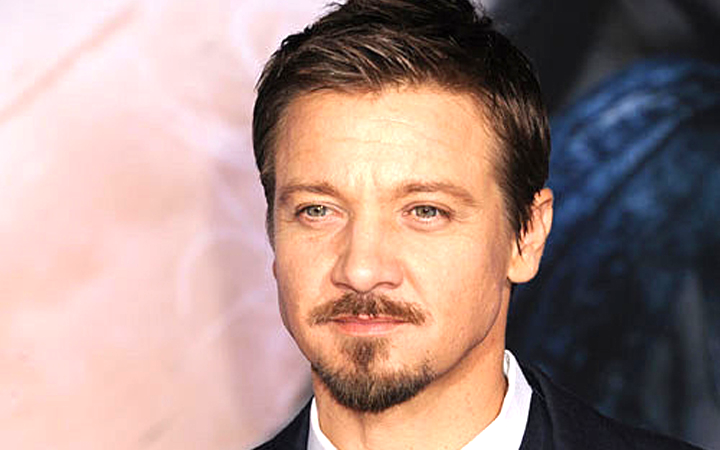 Women have always been attracted to very masculine guys, and the Van Dyke beard is an extremely virile style, hence, it is one of the most coveted beards by decisive modern males.

Within this style, you will find two variants with one common characteristic, which consists of a perfect symmetry between the mustaches and the beards. The Van Dyke, when performed correctly, achieves masterly proportions.

The difference between the two variants of a Van Dyke is, that on one, there is a separation between the mustache and the beard, which favors men with oval faces; and on the other, there is a continuity of the two, which looks great on men with round faces. There is a little more upkeep on the first one, too. 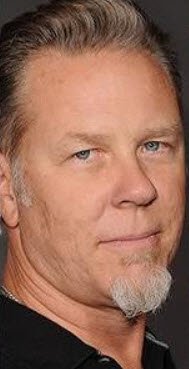 If perchance, the hair over your lip does not grow profusely, do not despair, you could always give up the mustache and allow your beard to grow longer, and opt for a Goatee.

A Goatee is easier care for and it exhibits and additional air of mystery and distinction. 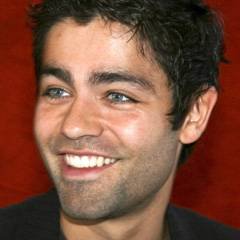 Formerly known as "The Five O'clock Shadow", it has become "thicker & darker", as it has increased in popularity, and, currently, it does take a three-day growth to make it "worthwhile".

Among modern beards, it does remain the favorite of many, but it does require a weekly visit to a Master Barber to prevent it from getting "messy looking". Just keep reminding yourself that this look is "amazingly popular with women"! 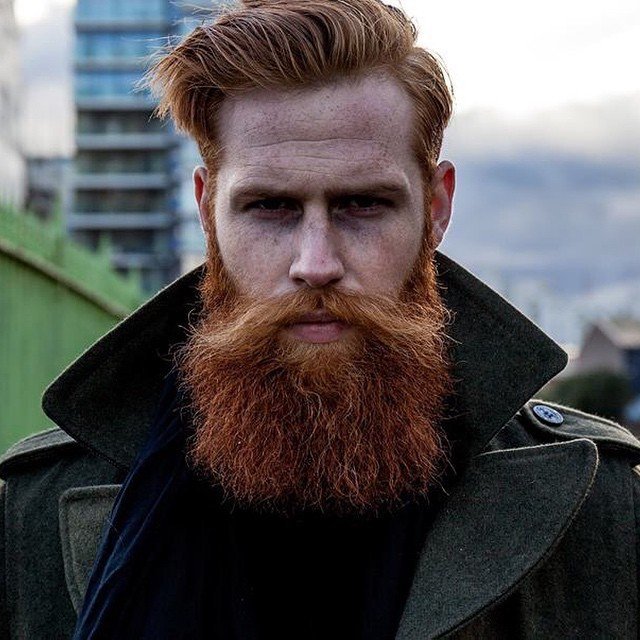 This style was introduced by Eric Bandholz, a famous entrepreneur from Austin, Texas, who one day decided to just let his beard grow and grow... After many favorable comments later, he actually quit his job to create his own brand of products for the care of full beards.

This is a style for the very daring but it does favor most facial shapes - one example of this is that it tends to thin out round faces a lot. However, some patience is needed in growing the Bandholz, as it make take as long as six to seven months to achieve the desired fullness, at which point, it only requires an occasional trim to maintain its length and contour. 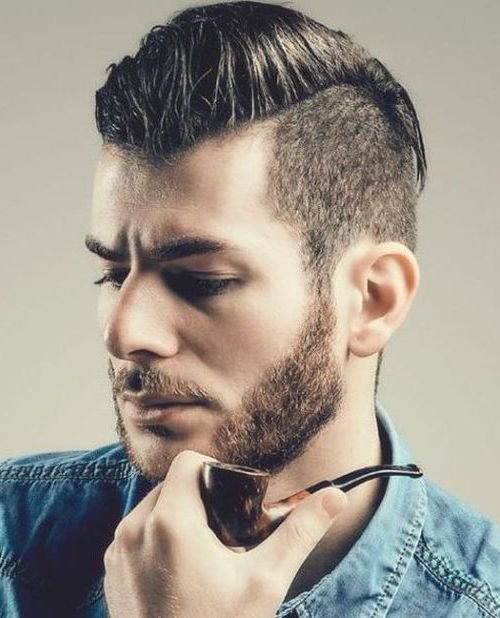 If you are fortunate enough to grow thick and abundant facial hair, this is definitely a style you might enjoy sporting. To achieve this look successfully, it only requires about six weeks of growth, at which time, a Master Barber can trim your mustache, shave the upper portion of your cheeks and a small area right below your lower lip, as well as, contour it around the neck area, to give it a clean and professional appearance.

This beard does require quite an amount of daily upkeep to maintain it looking sharp and elegant, however, many business professionals opt for this style because it provides them with a definite touch of seriousness and virility. 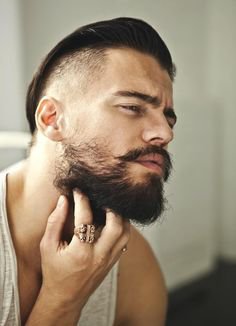 This type of beard has, as of lately, been adopted by many more adventurous men, and it does reflect a very relaxed attitude towards life.

For this style of beard, a growth of about twenty days is needed to obtain its desired characteristic volume, as well as, a certain amount of daily care as it grows. It is recommended that you begin with a visit to a Master Barber to seek aid in its shaping and to learn tips on how to do follow-ups at home, afterwards.

It is true that a Hipster beard will be your "Personal Banner to the World" of your very carefree personality. 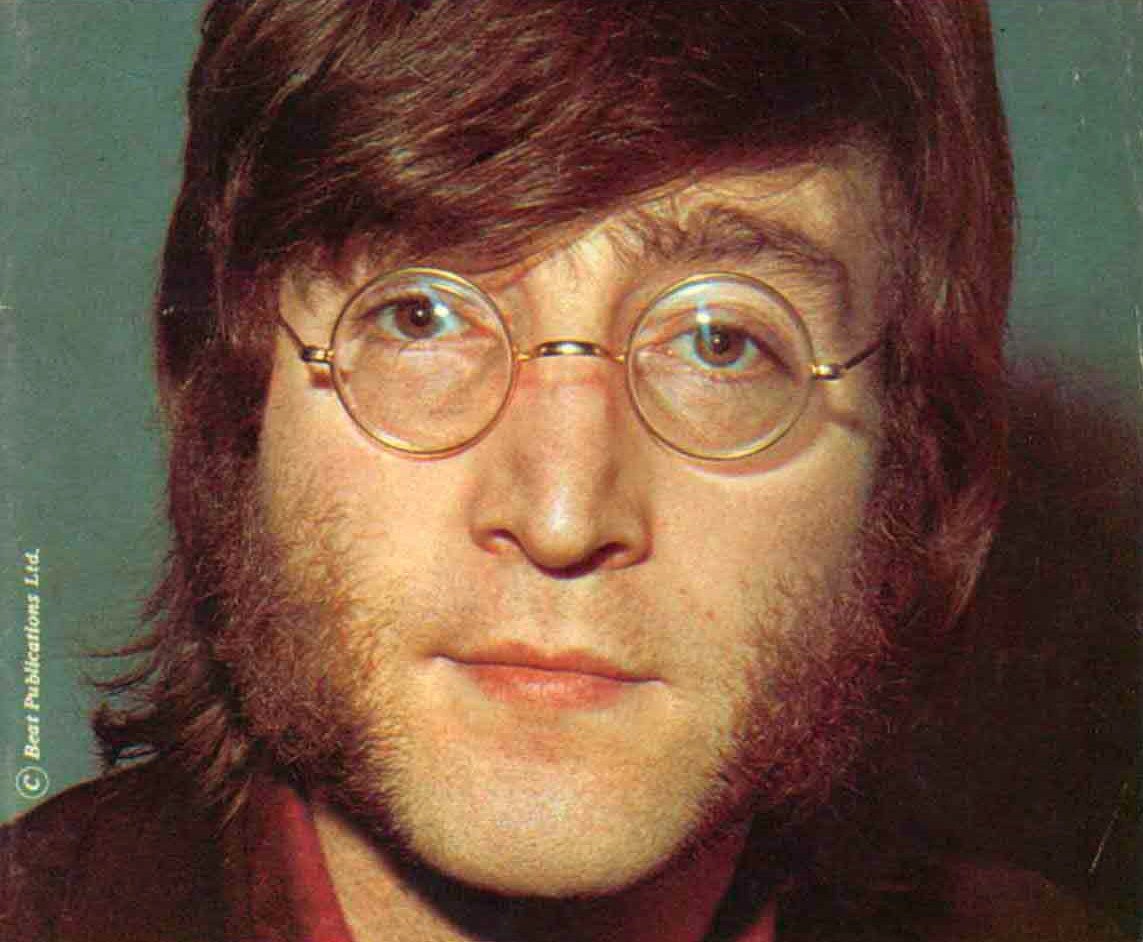 Their origin might be traced to an American Military General of yore, and they are very flattering to men with round or square faces.

To achieve attractive sideburns, you have to allow your facial hair to grow until your beard meets your mustache. Then, you will have to shave off the hair on your chin, from the bottom of your lower lip, all the way down and off your neck, also, on a daily basis. Your Sideburns will need to be trimmed frequently, as well, to maintain their desired fullness and length. 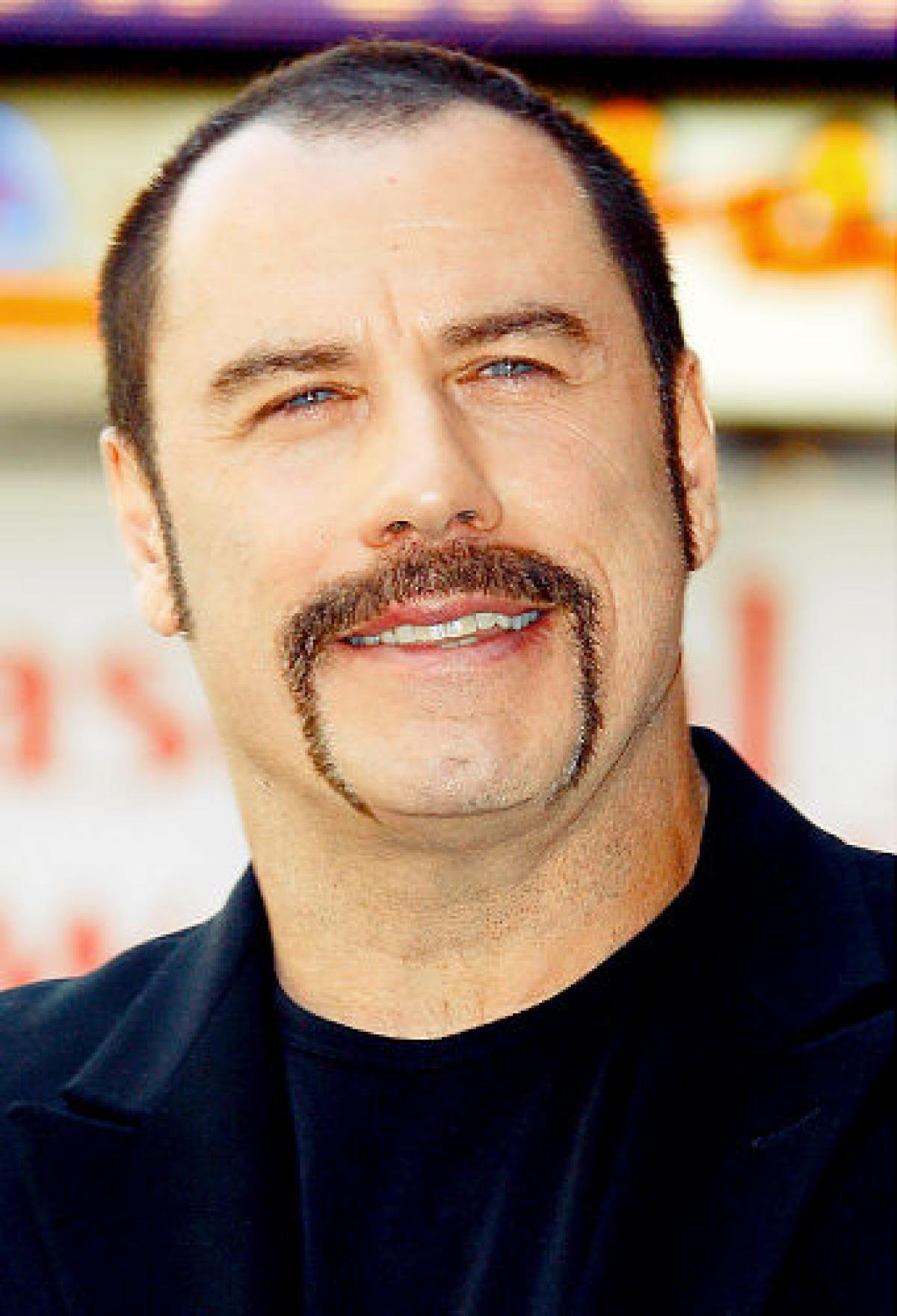 This is a very exotic style, which mainly requires the ability to grow a profuse and full mustache. The area right under the nose needs to be shaved off.

A Master Barber's aid may come in handy to obtain the proper styling, but you should be able to maintain it on your own. 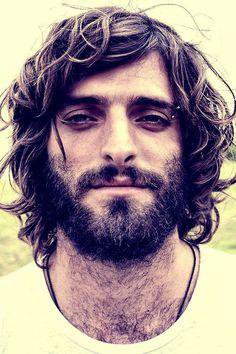 This is the preferred beard of men who truly detest shaving and seek a style free of too much upkeep. It is somewhat risky and rugged - like a lumberjack - but it does not necessarily denote carelessness, as it will need to be trimmed with scissors around the edges, to maintain its desired length and looking neat.

This style is ideal for men with very thin faces or small chins, as it masks these characteristics very satisfactorily. 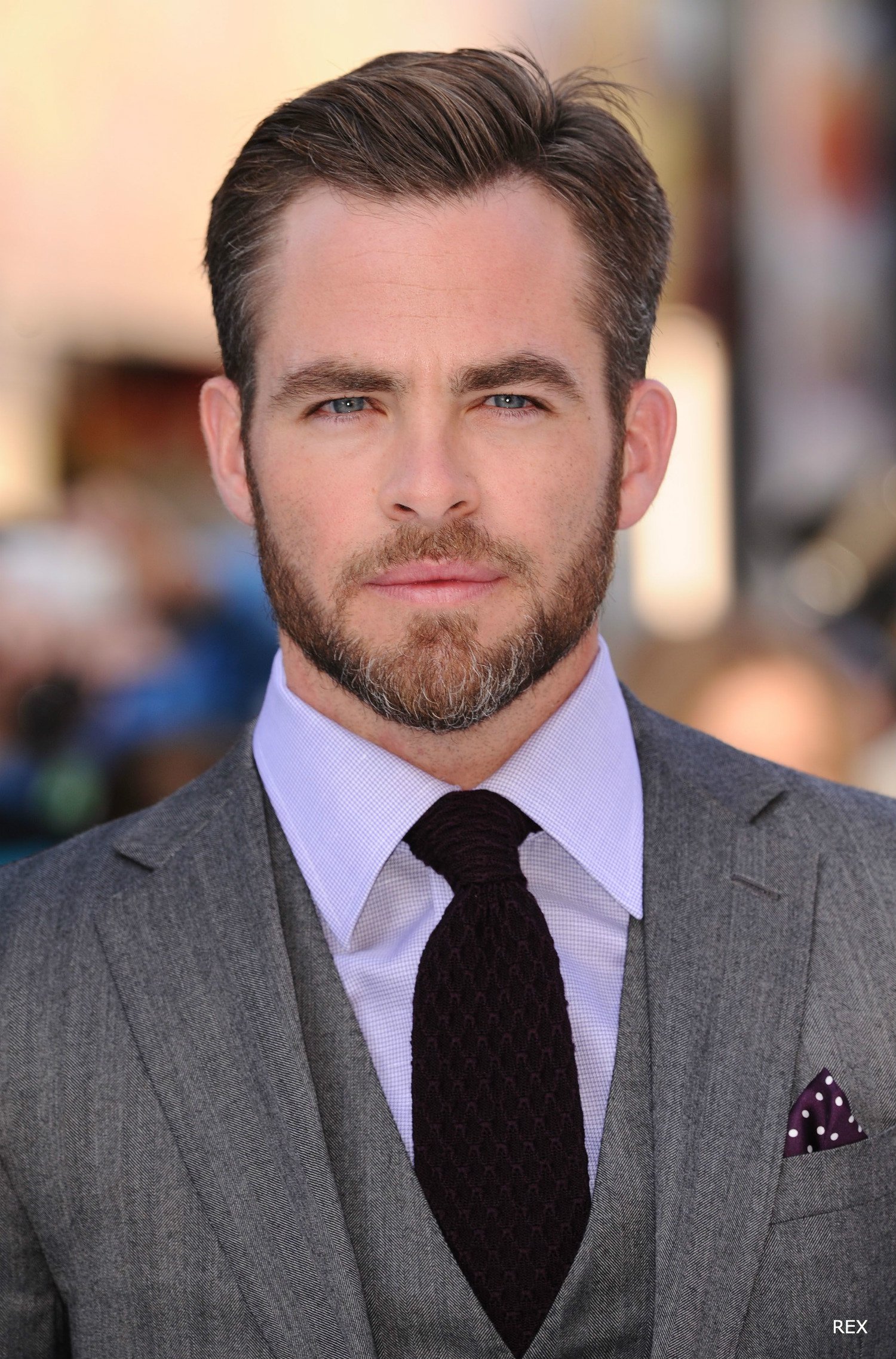 The only difference between this style and the Professional Fully Trimmed Beard is that the area right below your lower lip is not shaved and it is allowed to grow with the rest of your beard.

This beard, as the PFTB, favors all facial shapes. 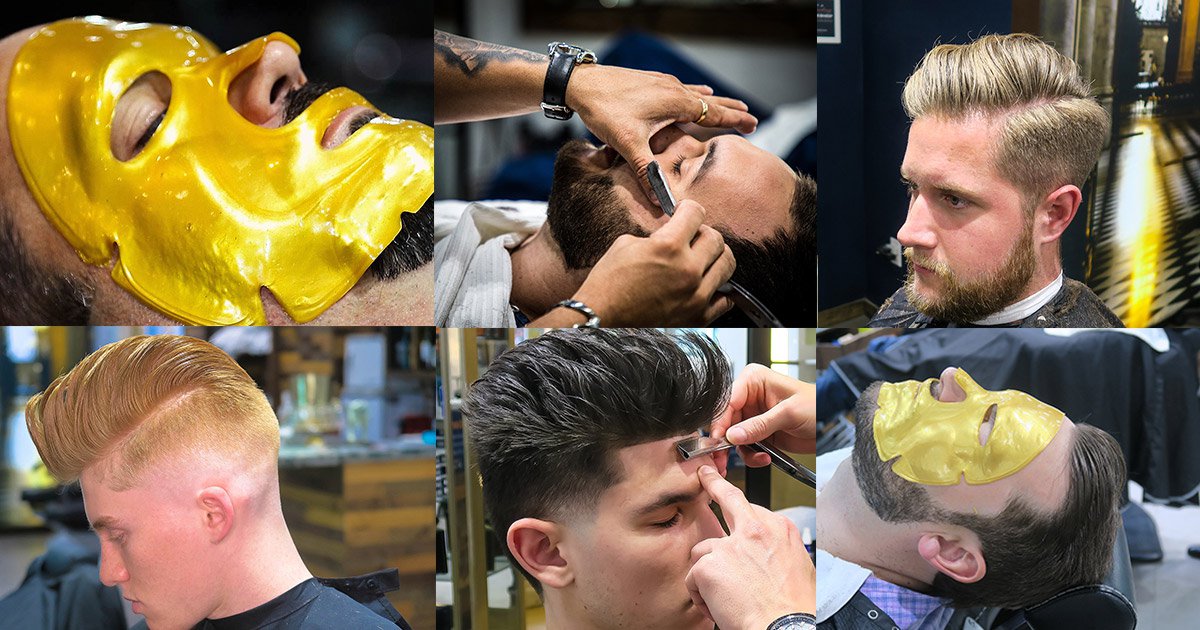 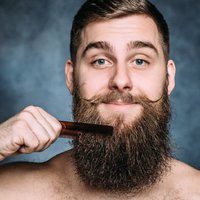 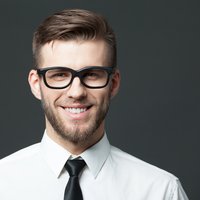 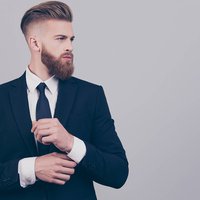 The Best Haircut for a Gentleman 2020

As you know, your opinion really help us to improve our services and to prospective customers to feel more confident in choosing us.
Please give us a quick review on one of the following platforms, you choice, that would be awesome.